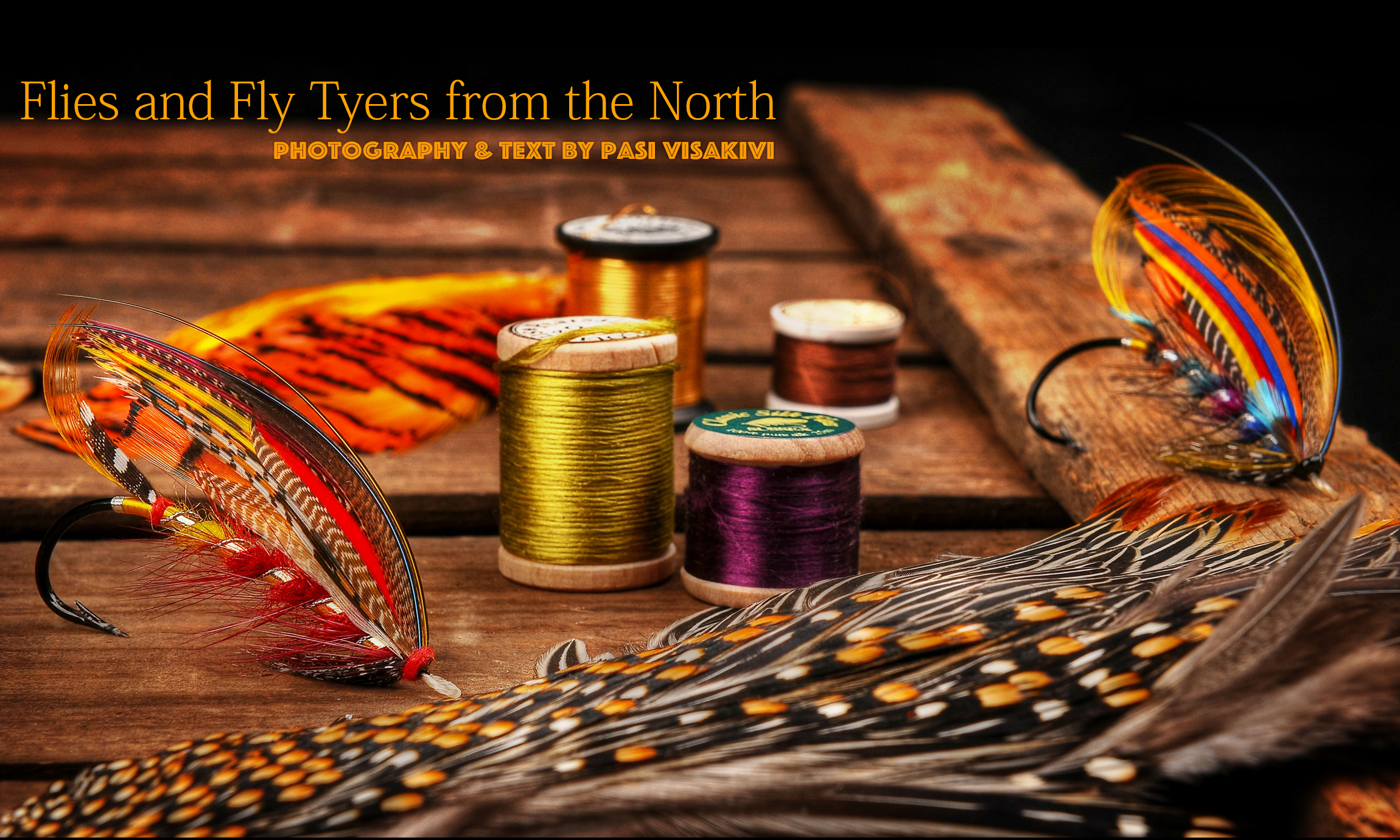 photography and text by Pasi Visakivi

Finland, where I live, has long traditions in fly tying. The first professional fly tyer was Maria Renfors.  Her father, Herman Renfors, sent her to England to learn the art of fly tying. The year was 1875. After returning to Finland, she started the first

professional fly tying business in Finland together with her sister, Anna. A lot of water has run in our rivers since those days, and now we have many talented fly tyers.  Some of them are delightfully very young.

“Classic salmon fly tying is something beyond normal tying. It is more like an art, and it is truly a very demanding handcraft.”

Classic salmon fly tying is something beyond normal tying. It is more like an art and is truly a very demanding handcraft. Finnish tyers have had great success in international fly tying competitions. Some of the most widely known tyers from Finland include Mikko Strenberg and Timo Kontio.

I have been asked a few times, “How can a small a country like Finland produce so many good tyers?”  Well, I think that our long and dark wintertime is one of the main reasons for that. We have a lot of time to tie flies during those dark and coldest months from November to March when fly fishing is difficult, if not impossible.

Many trout streams in Finland are ideal for fishing with streamers.  With that, we have many extremely talented tyers focusing on streamer patterns. Some patterns are developed especially for our rivers, like a fly called “Super Tinsel.”

A lot of these brown trout fishing locations are basically just short rapids between big lakes. Brown trout move there to feed on bait fish during summer months. The best month for this type of streamer fishing is normally June.

Taking pictures of flies is one of my true passions, especially during the winter. My own fly tying stopped almost totally in 2007 when my son was born. I was so afraid that my hooks would end up on the floor (known to happen every now and then) and my son might find and swallow them.  After he was bigger I started to tie again, but during those early days I got into photographing flies instead.

Fortunately, I have a lot of good friends who are extremely talented tyers,  and I have been able to borrow flies from them. I ‘ve written a bunch of articles about different fly patterns for Finnish fly fishing magazines, and thus I always had a good reason to ask for even more flies from my friends. I became well known, not always in a good way, because I constantly “forgot” to send those flies back.

Today my closest friends know that when they decide to send me their flies, they will not see them again. I am a bit sorry for this, but I can honestly say that I have caught many great fish with them. Those flies were obviously very well tied; not only did they look great, but they also yield stunning catch for this fish-hungry photographer.

“I found out very early that photographing flies is not that easy, especially if you want to get top quality results.”

I found out very early that photographing flies is not that easy, especially if you want to get top quality results. Proper lighting is the key, and very soon I ended up buying some studio strobes.

Nowadays, there are very good options with continuous lights as well, mostly because LED technology has evolved considerably during the last decade or so.

To get proper results, I chose to buy a DSLR and some good quality macro lenses for the task. I spent many hours learning inside out how my studio strobes work. Post processing is obviously a major part of fly photographing. Buying premium software and learning how to use it was my next step. After I gained enough knowledge of all that technical stuff, the next thing I needed to understand was the fact that one of the most important things in a kick-ass fly photo is the background.

Photographing flies against a black background is quite demanding, but results can be fantastic. When the fly is lighted from every possible angle, your eyes can really focus on every single detail of the intricate fly. Capturing pictures of flies by the river in natural light is a totally different game than shooting them in studio conditions. In nature you are more or less at the mercy of natural circumstances. A well-placed flash can give you some valuable assistance. When the light is good and the fishing is slow, it is always good to spend some time shooting portraits of flies and gears.

During Spring 2019, I worked with a very interesting project. Finnish author and avid fly fisherman Teemu Tolonen wrote a sequel to his “Top Salmon Flies” book.  Teemu is also a founder/owner of the Spey Brothers trademark. After he finished the first book, Teemu called me and asked if I could shoot the flies for the next book. I immediately said yes, and “Top Salmon Flies – Vol. 2” was published in May 2019. 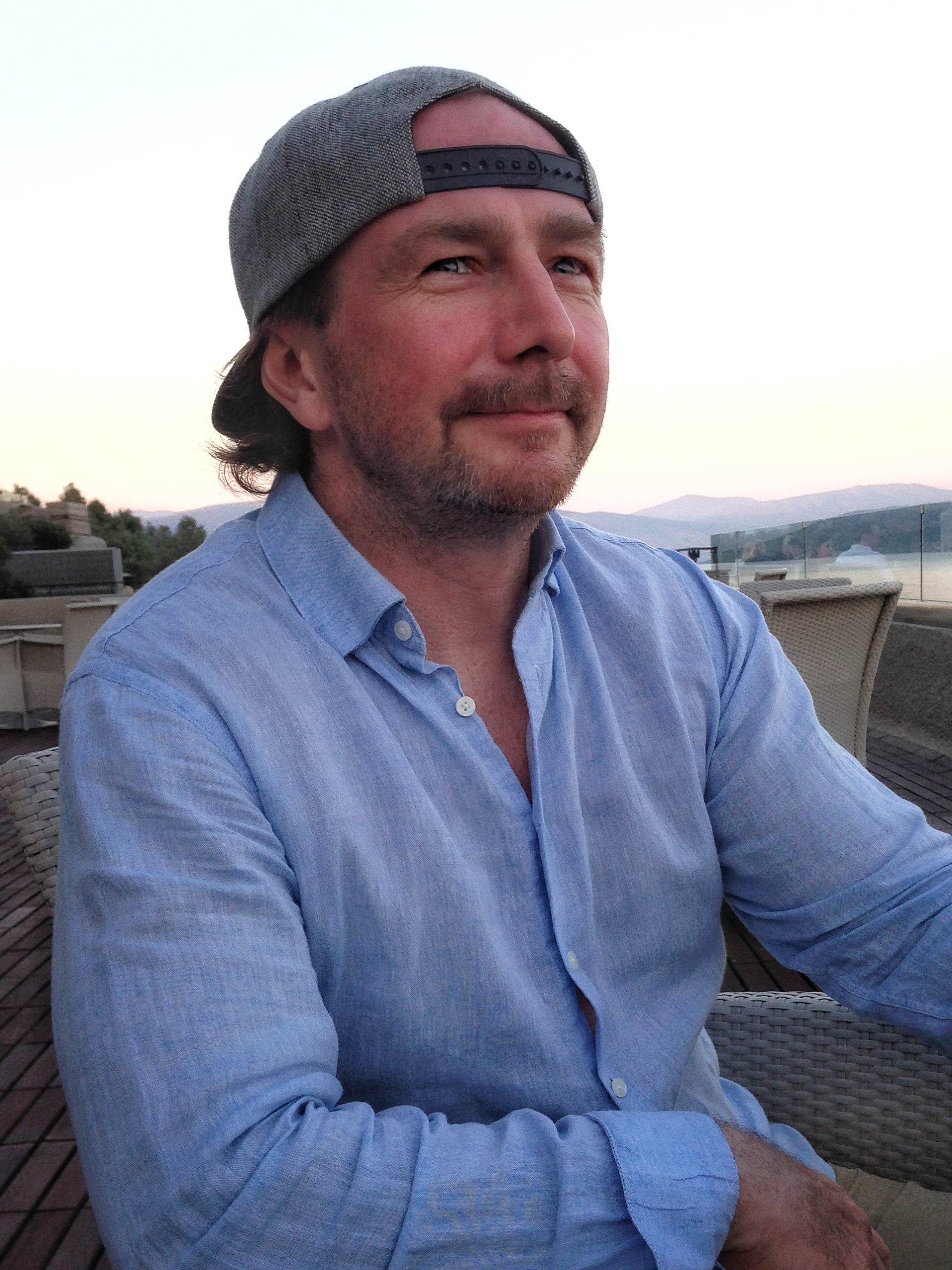 I am a fly fisherman and a freelance photographer from the southern part of Finland. I have been fishing almost all of my life and started fly fishing in my early teenage years. Photographing has been my interest from the childhood. I have been a member of the editorial board of a Finnish fly fishing magazine called Pohjolan Perhokalastaja (Nordic Fly Fisherman) since 2001, and I have published over 30 articles in that magazine. Additionally, I host a very popular Finnish brown trout river called Vihavuosi in the Southern part of Finland. 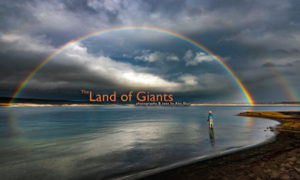 The Land of the Giants
Abe Blair 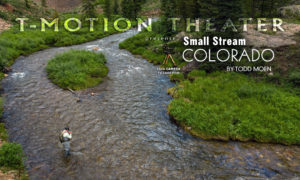 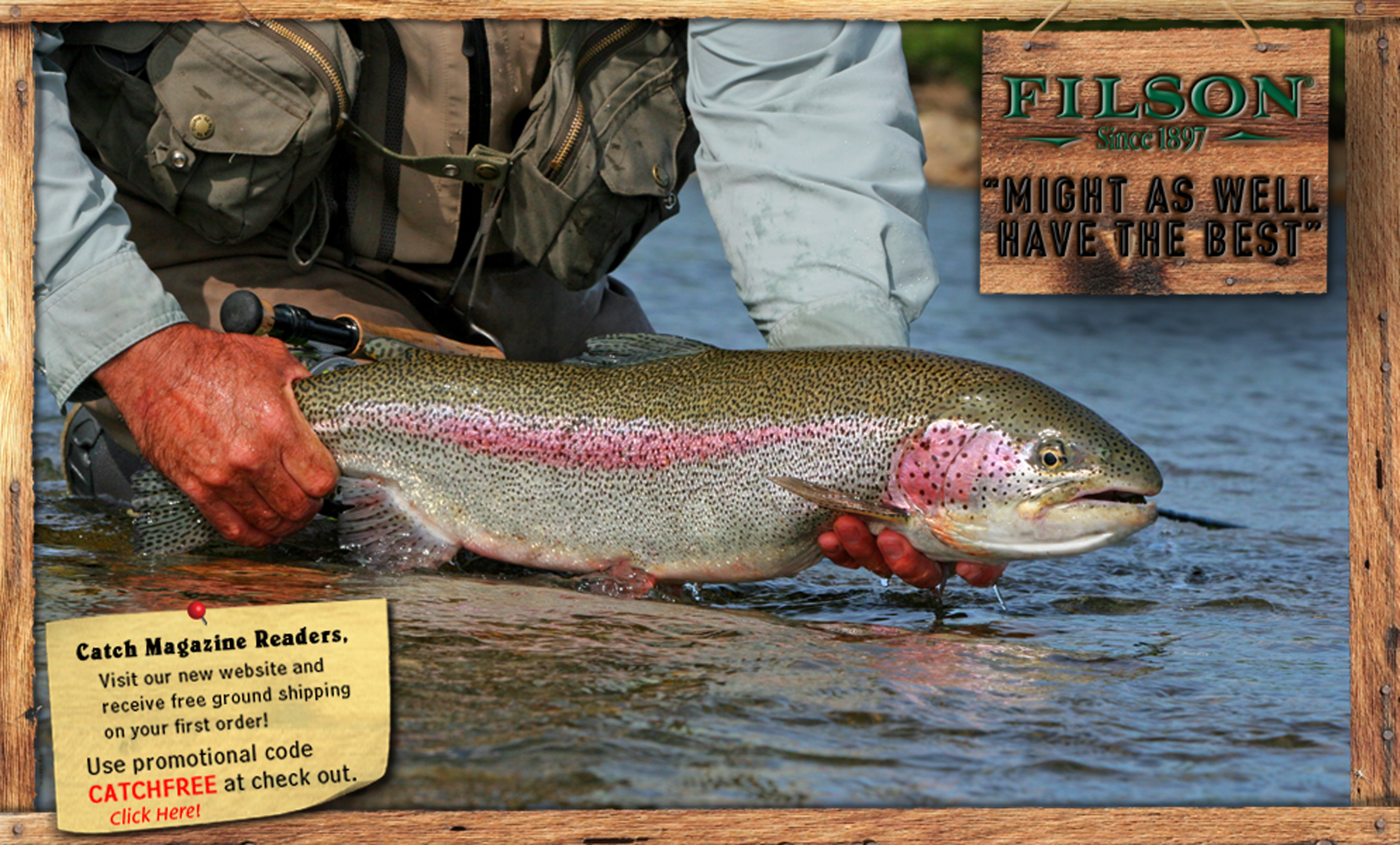 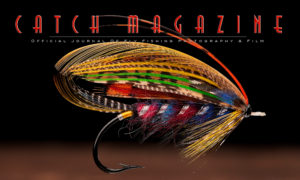 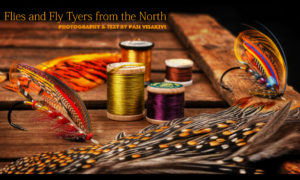 Flies and Fly Tyers from the North

The Land of the Giants 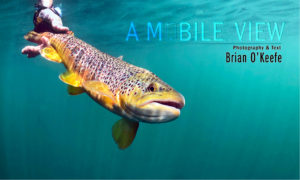