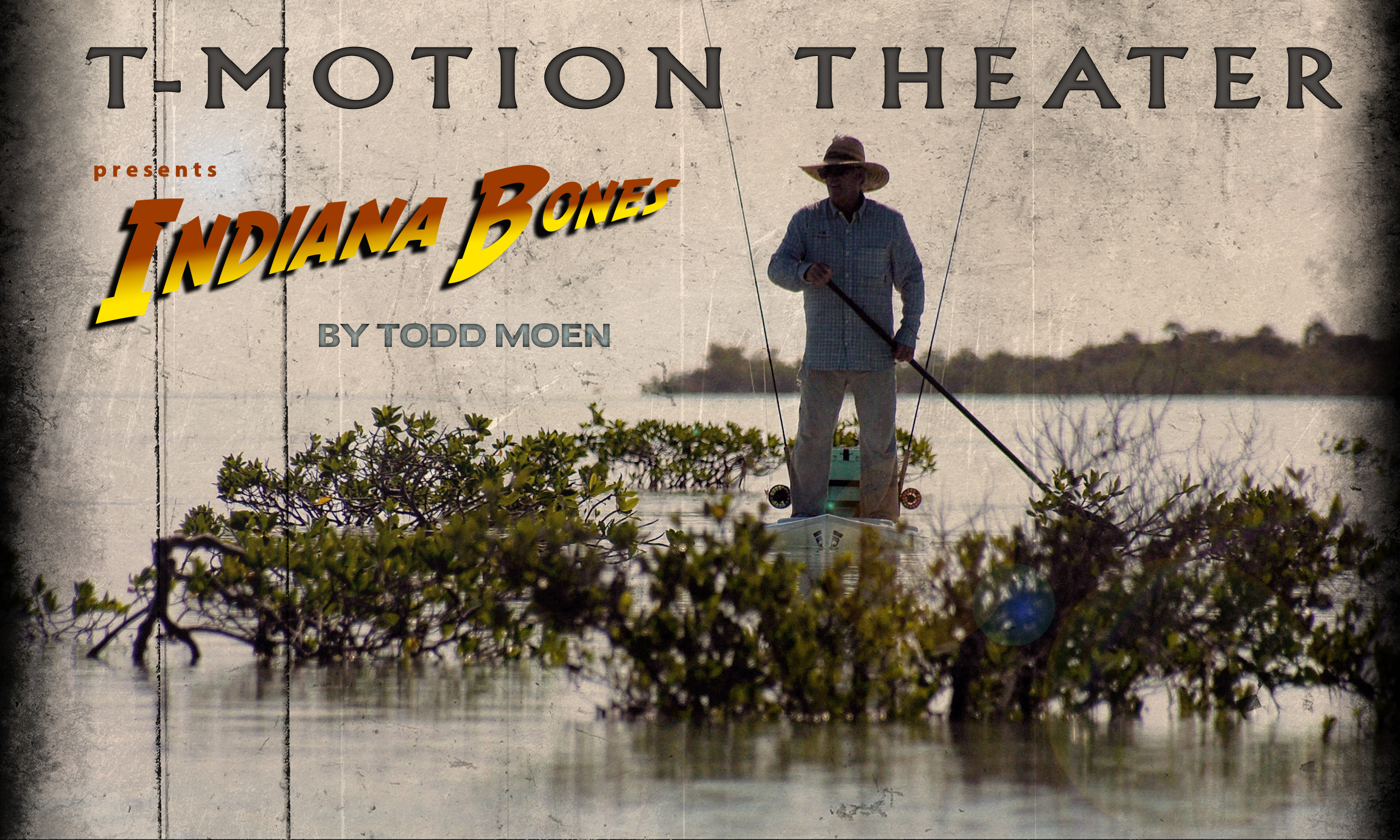 The inspiration for my T-Motion video, Bahamian “Indiana Bones”, materialized inland and at home in Central Oregon. My 10-year old son, who also happens to be my favorite fly fishing buddy on earth, suggested that angler Brian O’Keefe resembled Indiana Jones in Raiders of the Lost Ark. Paddling the flats atop his SUP board, Brian navigated the bonefish waters armed with rods and sporting a wild west hat even Indiana himself would likely snag. From my son’s perspective, this Bahamian adventure is Harrison Ford’s next destination. Eleven Experience’s mothership is situated off the west side of South Andros Island, and it is the home base for out-and-back travel for bonefish and many other types of aggressive fish hitting topwater poppers.

My drone footage reveals the Bahamas’ vast water wilderness, an expansive territory teaming with life in the flatwater paradise. Guides Ornald “Shine” Greene, Dencil Moxey and Elvis Strachen, who are native Bahamians, led us to large white sand flats where Brian caught many different types of hard-fighting fish. With the right soundtrack, and enough shark action to keep even the best rough rider on his toes, “Indiana Bones” takes you on an angling crusade you won’t forget. Thank you to Eleven Experience for inviting me down to film this great place on the water and to see the best beat an angler could ever hope for. And thanks to R.L. Winston Rod Company for generously supporting the T-Motion theater throughout the last decade. 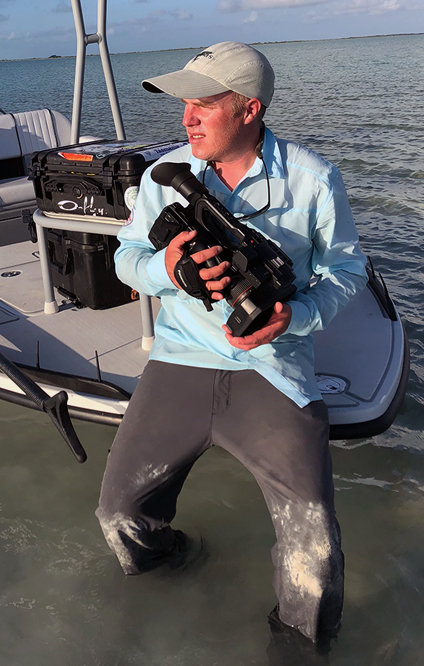 Into the Wild
Adrienne Comeau 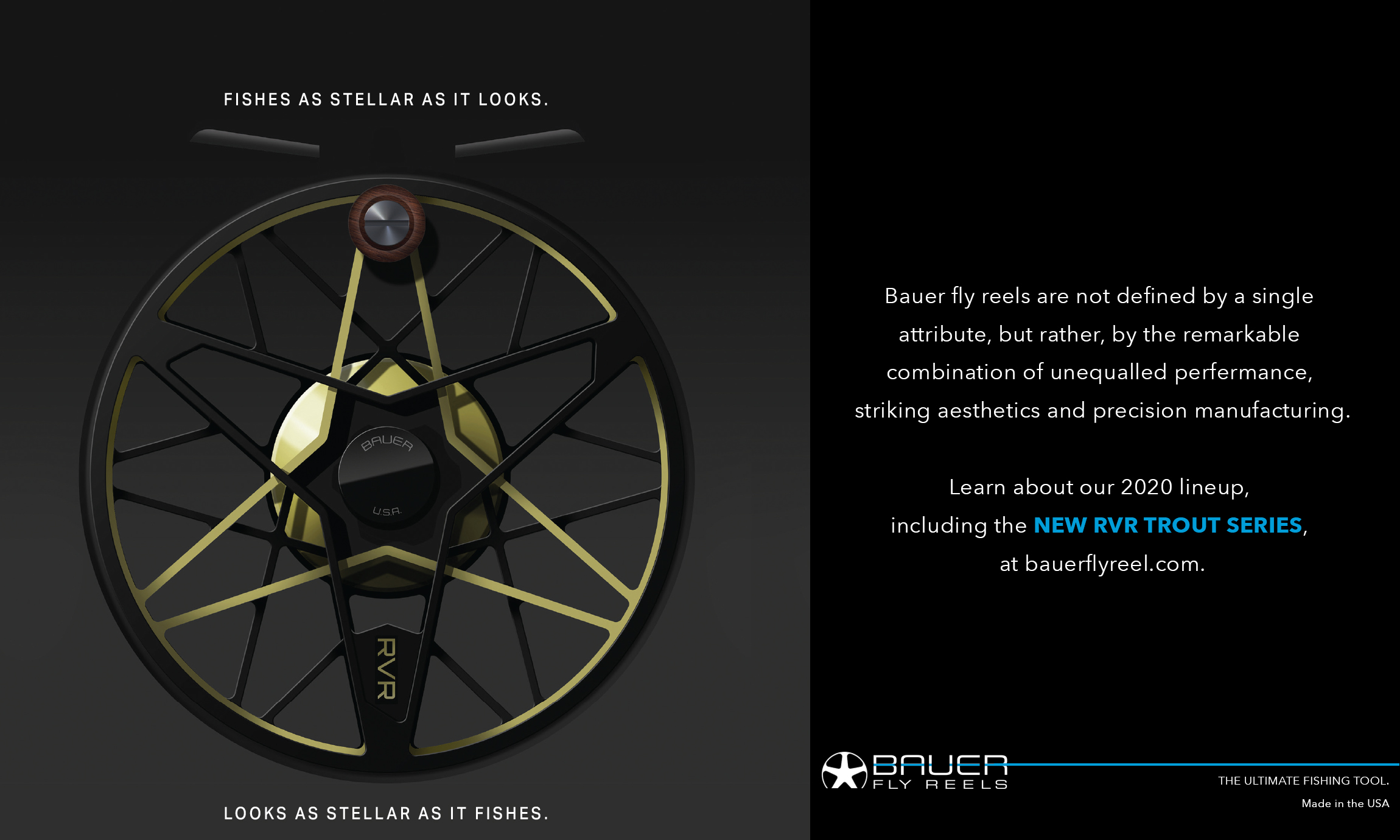 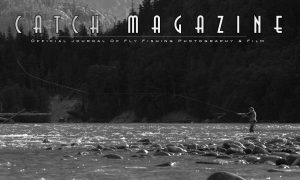 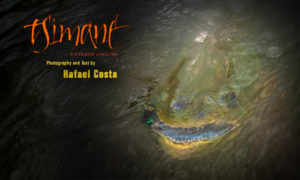 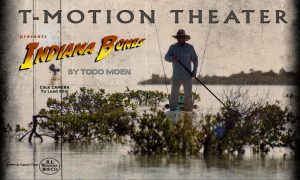