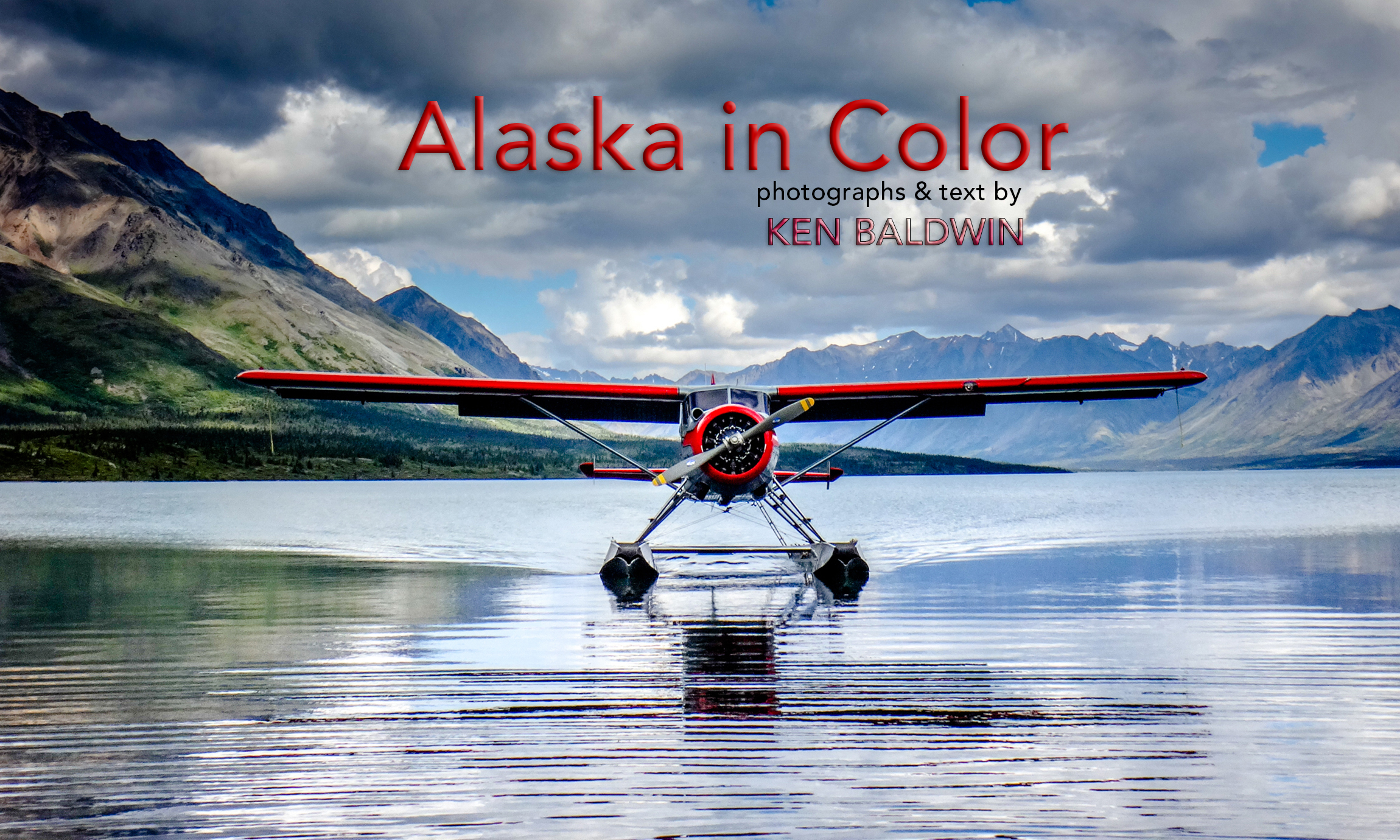 Other than a boat, our main form of transportation out here is the De Havilland Beaver- a workhorse of a plane that was in production from 1947 to 1967. It sounds like an over-sized Harley, and it’s as reliable as it is good-looking.

When I was first offered a job to guide in Alaska, my original plan was to do it for one summer. It would be a three-month sabbatical to get out of the city and experience what I had only read about in outdoor magazines. One year turned into, “well, maybe I’ll do it for four years and then get back to my life and a real job.” Four years turned into…
This summer marks my 14th year guiding in Alaska.

It’s true that the fishing in Alaska is some of the best you will experience in the world, but it’s not the fishing that keeps bringing me back. I’m not sure I can exactly pinpoint what it is about Alaska that keeps me in her grips. But what ever it is, it’s strong. I feel more alive when I’m here than I have anywhere in the world. That includes time spent in NYC, the Amazon Jungle, Tokyo, Thailand and Colombia.  

Alaska is “Nature” pure and simple. It is big, wild, nature with long growing days in a very short growing season. Because of this, you can be witness to the process of birth to bloom, and then death within a short span of time.  I’m fascinated with how Alaska expresses this dance to death in rich vivid colors. Most people wouldn’t think of Alaska as a colorful state.

The tropics yes, but not Alaska. In Alaska there are colors so rich and vivid that they rival what you would find in a tropical habitat; Lakes that are as blue as any crystal lagoon in Belize and fish that illuminate rivers in bright reds, blues, pinks and oranges.

Between mid-July and the first week of August, summer in Alaska hits full stride. The Fireweed is in a rich magenta bloom, sockeye salmon have transitioned from silver to a deep, deep red. The Iliamna River where I guide is the color of blue and aquamarine gemstones.

By the last week in August, fall quickly starts happening. Then after that the tundra bursts into shades of red, orange and gold. It’s as if someone has set it on fire. On the river, tall Cottonwoods have become a vibrant yellow that reflect brightly off the water. Something in the air has changed. A hint of chill brings with it a tangible melancholy that is as sweet as it is sad, signifying an ending, a final curtain.

Bears are another other reason I keep coming back. Seeing an Alaskan Brown Bear up close and personal while standing knee deep in a river can change a person’s view on certain matters. You’ve gone through life thinking you are at the top of the food chain, and then suddenly in mid-cast you look over your shoulder to see an eight-foot, 900- pound mammal is walking towards you!  So many thoughts flash through your brain, as you instinctively back pedal. The first is, “WTF!” followed by “Where did that come from?” “I didn’t hear a thing!” “OMG!” “Where’s the guide?” “&$^≈ß%#”*!!!” Then the paradigm shift happens. The encounter causes a visceral awakening, a true understanding of your place in the world…and it’s no longer at the top. The raw power and energy exuded from that bear is a humbling thing. One encounter with a bear can change a person’s perspective real quick.
So now, as I wrap up my 14th season this year, I question how many more I have in me. Eventually, there will be an autumn in Alaska that is my last. It will no doubt be sad. I’ll be OK though. The colors are tattooed into my brain; I’ve come to know the bears and Alaska is in my blood. 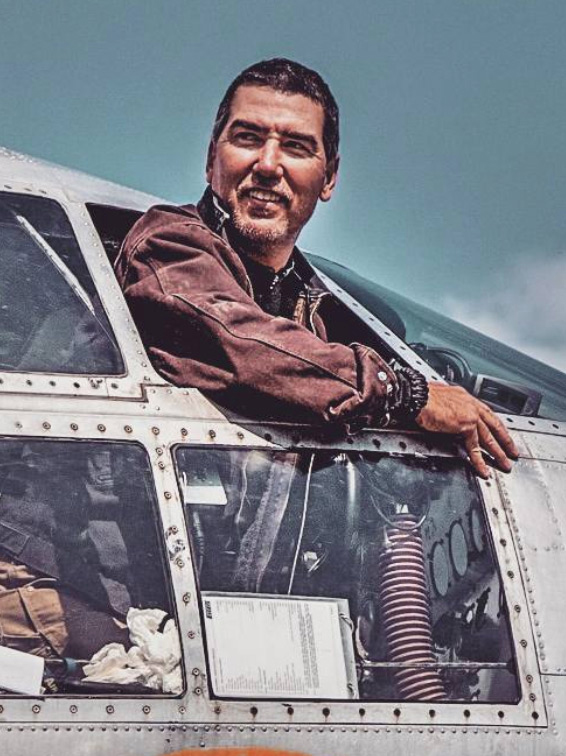 At age 13 Ken Baldwin caught a largemouth bass, his first fish on a fly rod. He discovered a whippy fiberglass fly rod his father had stored away with a tin box full of popping bugs, and he caught the bass on a black and yellow popper. It weighed 4 pounds, the cutoff weight at which he says a largemouth becomes a “respectable” largemouth.
How does this relate to Ken’s photography? He says he would trade every fish he’s ever caught to have photographs of these moments in his life. When he’s guiding in Alaska or prowling the rocks of Montauk, he always has his camera with him. He says that he’s learned that to catch a fish in photo will catch that fish forever. Ken is the Head Guide for the Angry Eagle Lodge in Pedro Bay, Alaska and the host and creator of the TV show “Season on the Edge.”