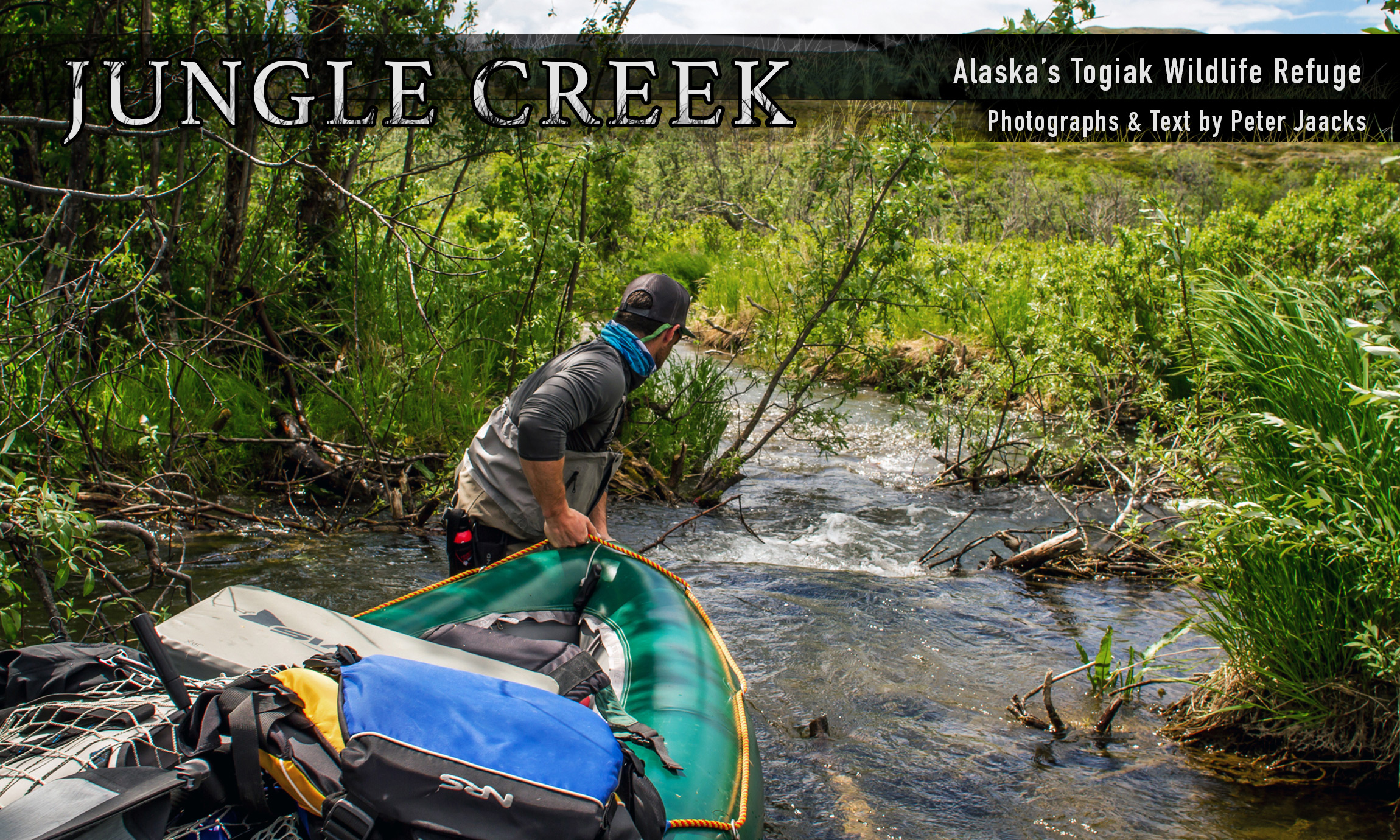 Welcome to the Jungle. Our descent into Jungle Creek started off properly hairball; We dragged through brush and woodpiles, navigating our way down the trickle of water.

The first thing that strikes you as you fly over the tundra country of southwest Alaska is the scale. You are surrounded by post-glacial mountains. Looking out the window of a Cessna, you can’t even begin to count all the small creeks and rivers that trickle out of alpine lakes down to the Bering Sea.

All of them are full of fish. Many spots have never felt a boot track. These jungle-like waters run just as they have for thousands of years. Flowing quietly onwards, they remain undisturbed by human presence. They know just the splashing of spawning salmon and the crunching of moose and bear through the brush.


After my first season guiding on the Togiak Wildlife Refuge, I wanted to find one of those quiet creeks. I wanted to find water that I could strip a fly through and completely forget about the world outside. While flying out to a guide a group of anglers on one of the main rivers of the Refuge, I saw a small brushy creek that looked like it would hold fish. I pointed it out to my fellow guide John Jinishian, and we sketched out a plan for getting a boat down to our “Jungle Creek.”


A year later, after a winter of scheming, we waived goodbye to a floatplane and stood on the shore of a small alpine lake in the Refuge. We each drank in the newfound silence. No human being, not even a footprint, for miles and miles. We inflated our small canoe, rigged fly rods and set off.

We felt like we were the first human beings to explore this jungle-like Alaskan creek. From the minute we began, we had to fight our way down it. It was impossible to navigate with a raft; Shallow riffles too skinny to float…so we dragged; Thick willows blocking the river…so we portaged; Wood piles choking all channels…so we cut. We persevered in all-out effort to navigate our way through.

Our effort was proven worthwhile. Everywhere we cast a fly, a hungry rainbow came to eat. Every suspicious piece of water held fish. Skate a mouse here, the splash of a mouse eater followed. Swing a streamer there, the pull of a ravenous trout ensued. Everywhere we could make a cast through the brush, a fish came to hand.

By the end of a weeklong journey through the thick brush of our Jungle Creek, we had seen uncountable rainbows, innumerable logjams, infinite willow brush and not one other human. We ran out of fishable mouse patterns many days before we ran out of energy to portage. When we met the floatplane and the pilot asked us how the jungle treated us, there was only one answer. 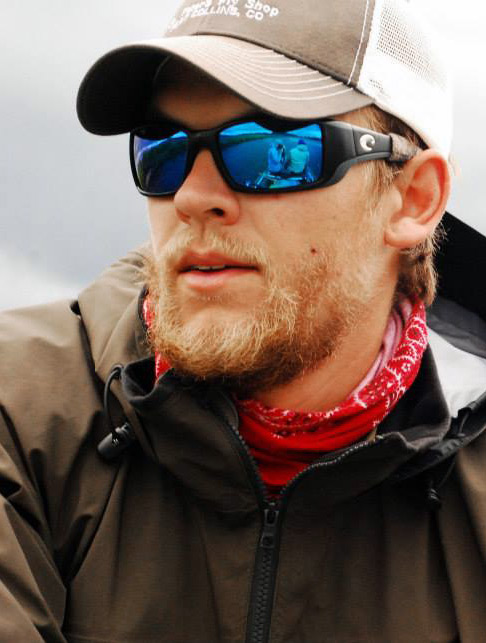 Pete Jaacks was born in Colorado raised exploring the mountains there. He discovered fly fishing early, and he was soon spending most of his free time chasing wild trout and steelhead all around the west. After discovering another truck parked at his secret fishing spot, he started making the seasonal migration to guide float trips in remote southwest Alaska, where the fish are many and the people are few.

He now spends the summer season guiding anglers on the quiet waters of the Togiak National Wildlife Refuge with Alaska’s Wild River Guides, where he chases salmon and trout on the fly. He spends his winters trying to become better at tying coho flies and making other people look good at spey casting.