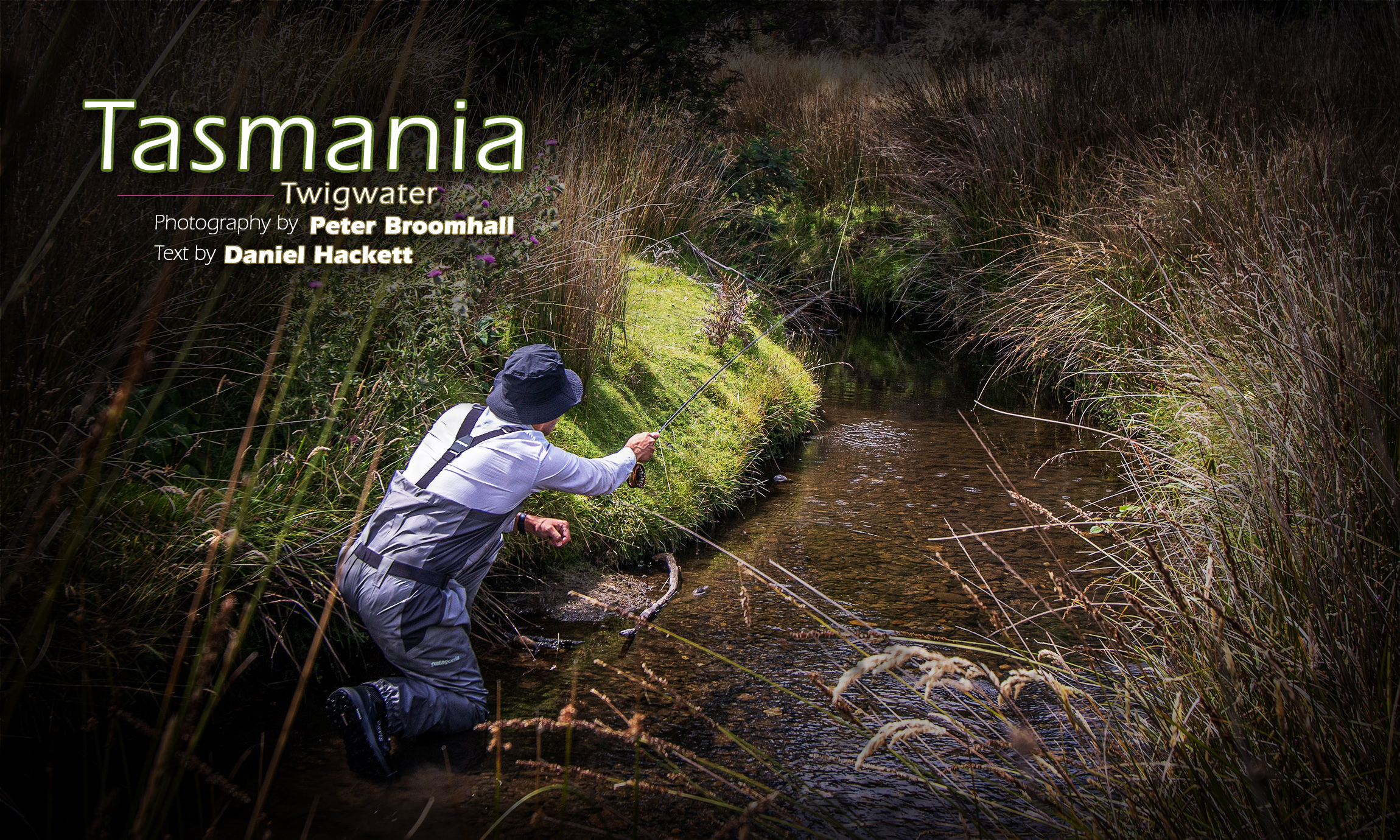 On the international scene, Tasmania’s creeks flow under the radar. But if season-long dry fly fishing and wild trout tick your boxes, then the small streams we affectionally call twigwaters are a secret little mecca.

To the east of Launceston sits the North Eastern Highlands, a collection of peaks and high plains such as the Diddleum, Roses Tier and Mt Victoria. The creeks found around here typically emerge from clear granite-spring flows and peaty side-soaks, and tumble through remnant marshlands and Jurassic rainforests.  There’s hardly ever a reason to use anything other than a dry, and double-digit catches are the norm with seemingly endless wild browns between 12 and 16 inches. Coarse sandy bottoms are awesome to polaroid, and trailing weed beds hold prolific mayfly, but the trout are flighty, especially if there’s any cormorants about.

Limestone–just the word puts a smile on the dial. Abundant hatches, stable flows and fat trout are the main attraction, but these are the geologically rarest of streams in Tasmania. They are small, often appearing in the middle of paddocks, only to disappear down the gullet of a sinkhole a hundred or so metres away.

The most prolific area of limestone is found between Western Creek and Lake Barrington, but a second hotspot sits quite a bit further to west, with many of these streams all but un-touched. The small town of Mole Creek is at the geological epicentre for limestoners, with the area featuring more than four hundred caves and sinkholes. The trick is finding creeks that contain fish, which is harder than it sounds owing to the semi-permanent and subterranean nature of many of these streams.

I like targeting a third and final type of creek, this time on the Central Plateau: the ‘scree springs’ of the Western Lakes. These differ from the small and relatively infertile freestone creeks of the plateau, and are instead formed from subterranean flows emerging from buried glacial scree fields.

The arable sections of these creeks generally flow through mosaic wetland structures dotted with pineapple grass, or along the deep and sunken creek beds found within the larger flood plains. The scree springs can be tough, with low fish numbers and harsh weather patterns, but the upside is the chance of finding a seriously big fish.

Tassie twigwater is well worth a visit for any serious creek fisher interested in chasing wild trout on dries, all in the company of wombats, wallabies and platypus. – Daniel Hackett 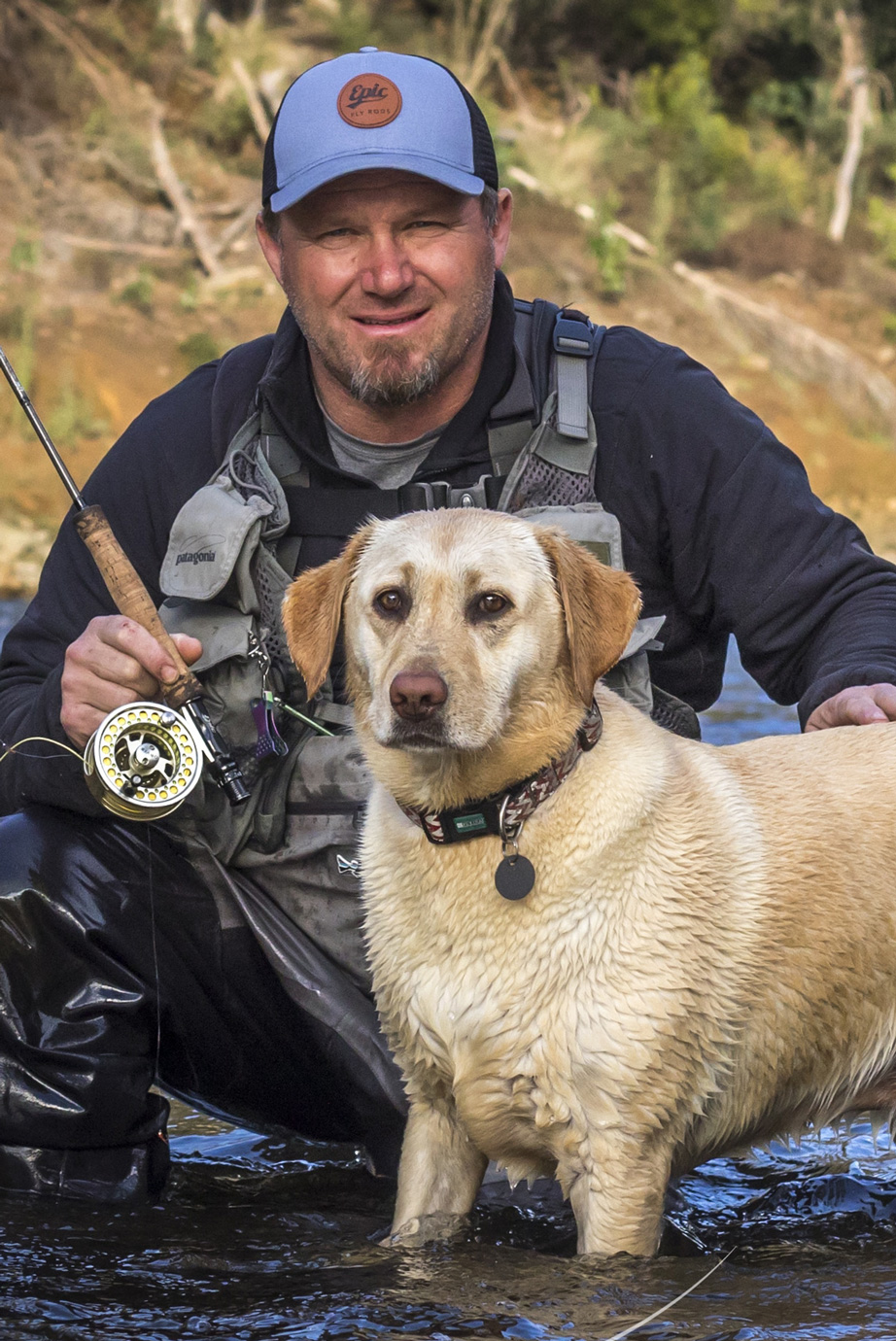 Peter Broomhall is a born and bred Tasmanian that has been calling the myriad of waterways throughout Australia’s island state home for the better part of 5 decades.  Discovering fly fishing in his early 20’s, Peter has gained an intimate knowledge of the Tasmanian trout fishing scene.  A later discovery was a passion for photography, particularly fly fishing and wildlife related photography that all but ensured that any spare time is spent on the water.   He can usually be found walking a stream edge or a lake shore with a fly rod in one hand and his trusty Canon DSLR over the shoulder.

In recent years Peter has been living the dream working as a full time fly fishing guide with Riverfly1864.  This role fits in perfectly with the combined fly fishing and photography passions. 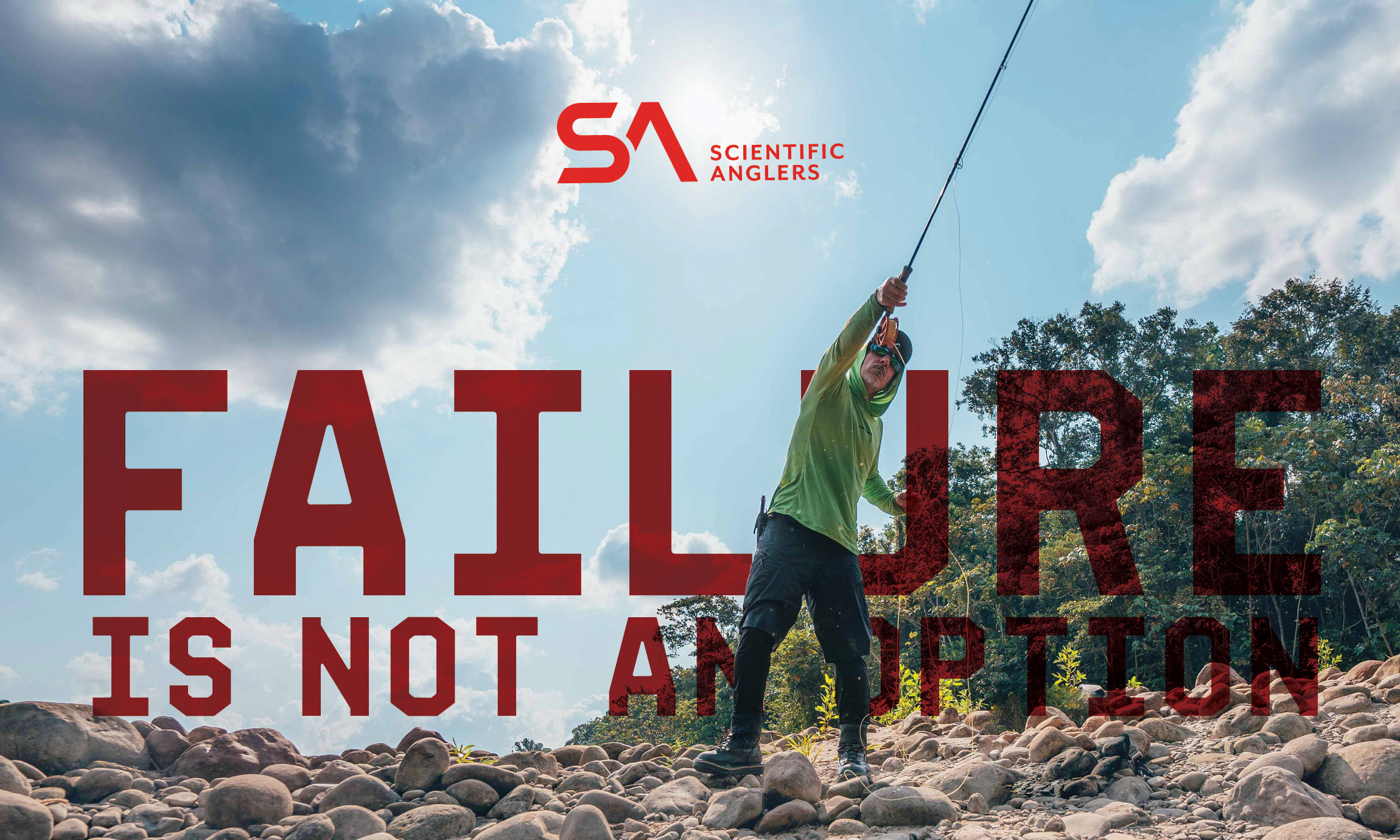 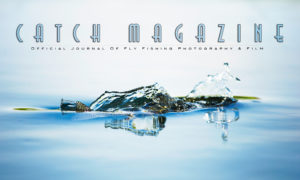 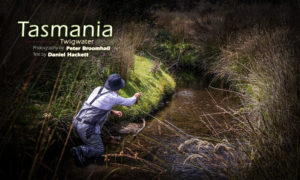 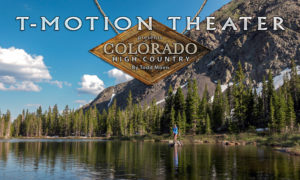