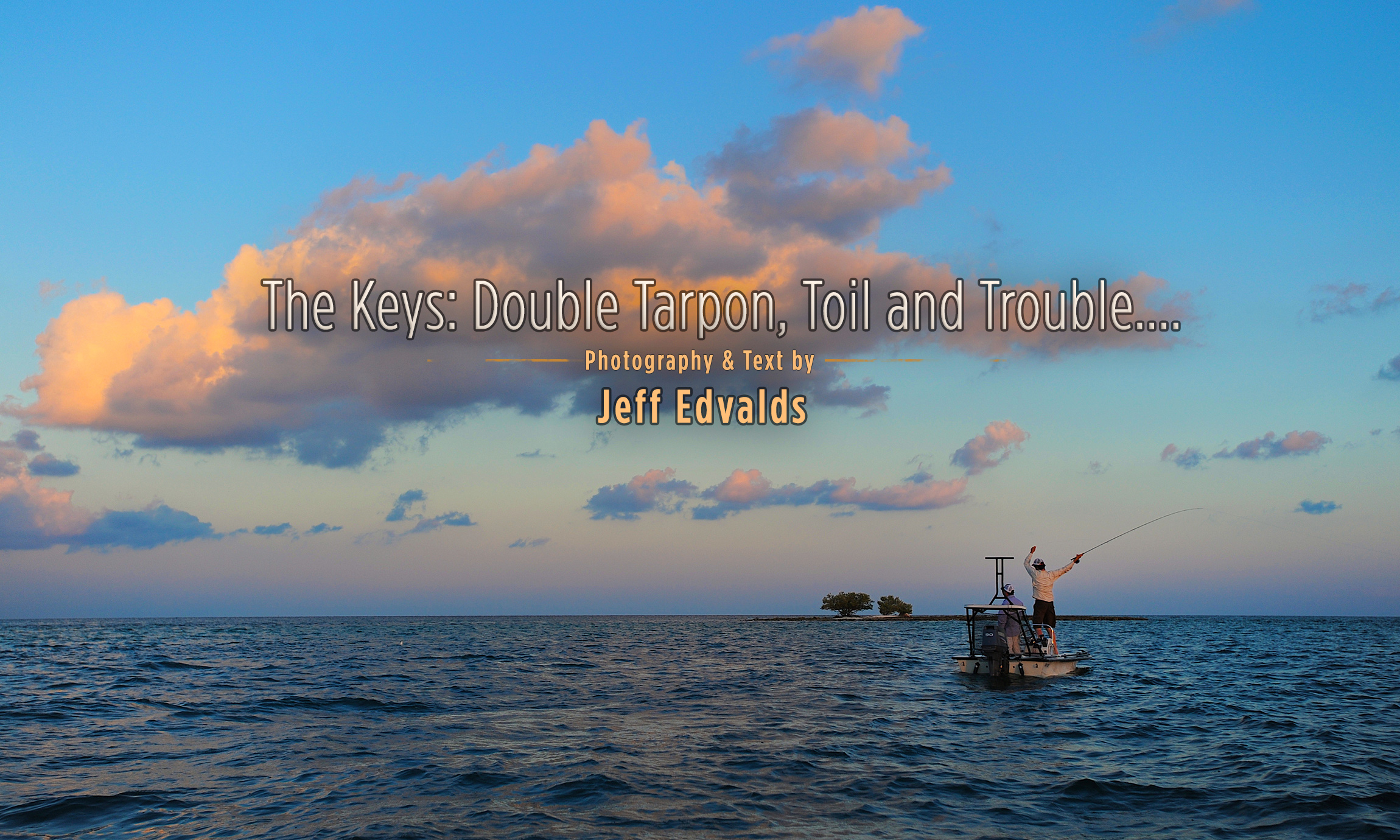 Jeff Hickman on deck making a last cast for some tarpon (you can just see a tail-fin in the surface).

I’d have to agree. I’ve been fly fishing in the Florida Keys each year for the past 20 years. In that time of mostly tarpon fishing, I’ve usually had a camera in hand. I’ve seen hundreds of tarpon takes, hook-ups, headshakes, tailwalks, and long runs mixed with spectacular aerobatics. At the end of the day, most anglers will tell you about how many tarpon they “jumped,” or how many “eats” they had. Not how many fish to hand…Why?

Because “tarpon fishing is hard.”

The truth is, capturing all those moments on camera is not easy either. Regardless of time spent on the water, a great photo is hard to come by (at least for me).

Every guide I know has a story of an angler that showed up to catch a tarpon. Someone that couldn’t cast far enough. Couldn’t keep their line tight to their fly. Could never see the fly. Could never see the fish. Yet somehow, a tarpon would come up and suck-in their dead-drifting fly. Take off running and jumping (like tarpon do), and despite never setting the hook, and never having control, of untold amounts of slack
line… lands the fish. When you fish for tarpon, you know, that’s just the fish gods giving you one-for-free.

For the anglers that have put in the work and “have” the required skill-set, there still is no guarantee of a land. Someone who understands when the guide yells; “two o’clock at seventy feet,” and who can then shoot straight into the wind with one or two back casts and hit the mark. Someone who has good control of line and fly, with good presentation. Someone who has done everything right. There is still no sure shot of a tarpon-to-hand. Why? Because, “tarpon fishing is hard.”


“You don’t hook a tarpon…it hooks you.”

For me the early days of tarpon photography was with film cameras. You had to use low/ISO film speeds which had its limitations when dealing with the erratic movement and speed of a hooked tarpon. Low-light action shots were not possible.

But for the most part, the great shots I remember missing…I just missed. Digital has greatly expanded the light you can shoot in, but when it comes to tarpon, I still miss a lot of shots. I guess we’re back to “tarpon fishing is hard.”

At the end of the day, the things that matter are time spent eating at the “Square Grouper” (go there at least one night of your tarpon trip in the Keys) with your guide friends, angling friends and really anyone that will listen to you cry about how many tarpon you lost (not jumped). – Jeff Edvalds 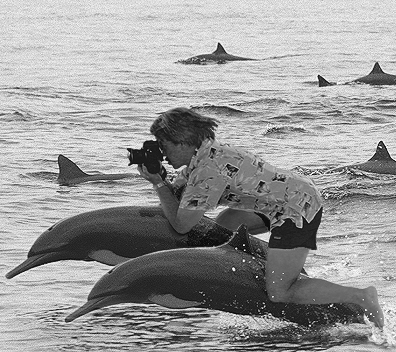 I’ve crashed, sunk or fallen out of just about every type of boat or floating device. Survived being trapped in a river under a bridge, thrown under a boat by a rogue wave and stuck in quicksand. I could go on and on, but as a fly fishing photographer, it’s really about the captured moments, spent in beautiful places, with water, fish and good friends.
Be safe…And good shooting.
Many Rises, Jeff Edvalds 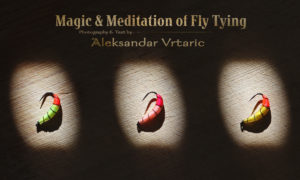 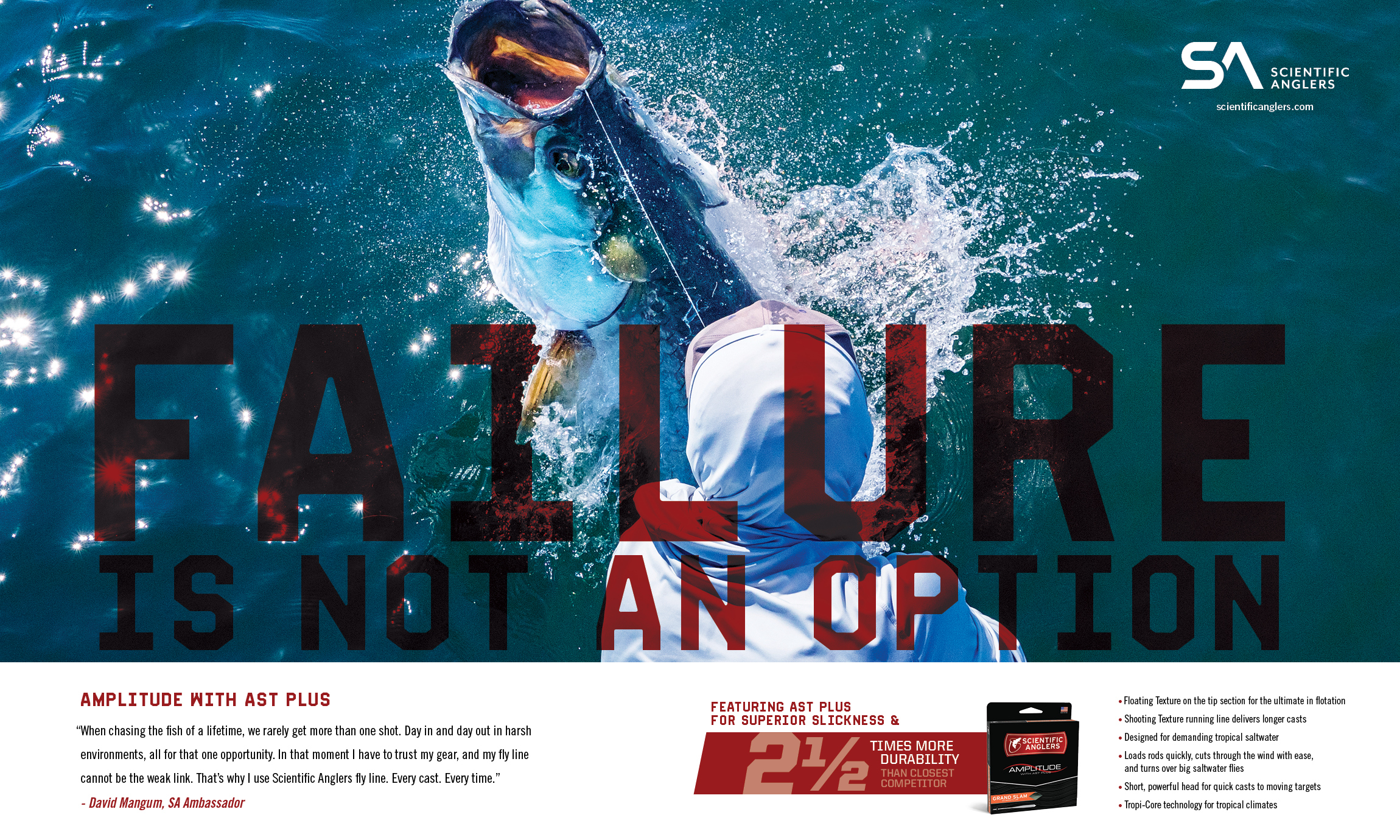 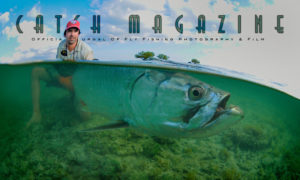 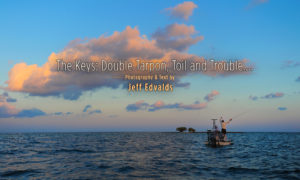 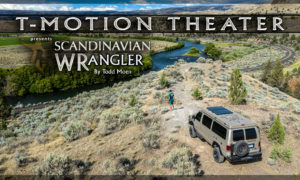