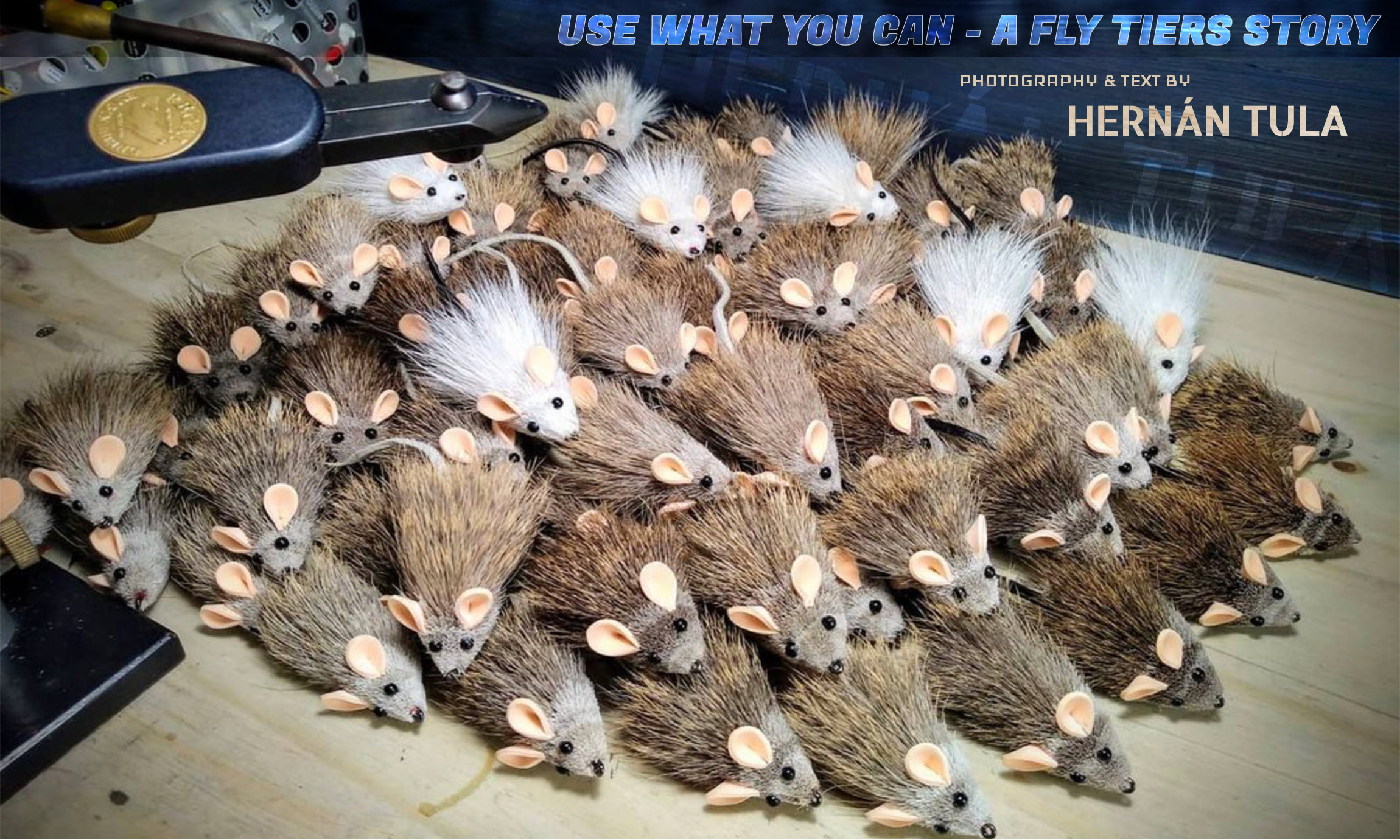 My first memories of fishing are with my family on weekends in the beloved Luján River, in Tigre, Buenos Aires with a simple wooden stick and earthworm. What happy times those were. I don’t remember exactly when it began, but since I always liked making things with my hands, I started making my own wooden lures.

I spent hours cutting, sanding and painting my own artificial ones. Not having the Internet yet, I was inspired by the models I saw in specialized fishing magazines. In the 90’s, together with some other fishermen friends, we undertook the long road to the Kakel Huincul lagoon, where we had been told that the Tarariras (Wolf fish) were enormous.

I remember that as soon as we arrived in the morning we saw a group of fishermen with fly equipment who were fishing with some mice that almost looked real. I was amazed at such a spectacle. Later on in the day I was able to exchange a few words with one of them, and he told me that he himself put together these incredible flies. When he opened his fly box. I literally went crazy! I couldn’t believe that I was seeing such wonders.

Frogs, mice, little fish, all kinds of bugs. I returned home super motivated and filled with the idea of making my own flies.
So in my first flies I used what I could: old foam sandals, leather scraps, doll hair, even my dogs’ hair! I used anything I could and it stayed like that for a long time until I was finally able to buy my first fly tying equipment and material.

Afterward, I ended up working in a fly shop in Buenos Aires and it really was wonderful. I never considered it a job, I just loved being there. I worked there for about four years. My time there included really great opportunities for learning, not only about fly fishing but also about sales and life experiences. I was also able to meet great fishermen and learn from their knowledge.

It’s been several years now that I’ve been able to dedicate myself to this activity 100%. I still feel like it’s a game. There is so much to learn and discover, and I know that tying flies will be a never ending source of entertainment for me. 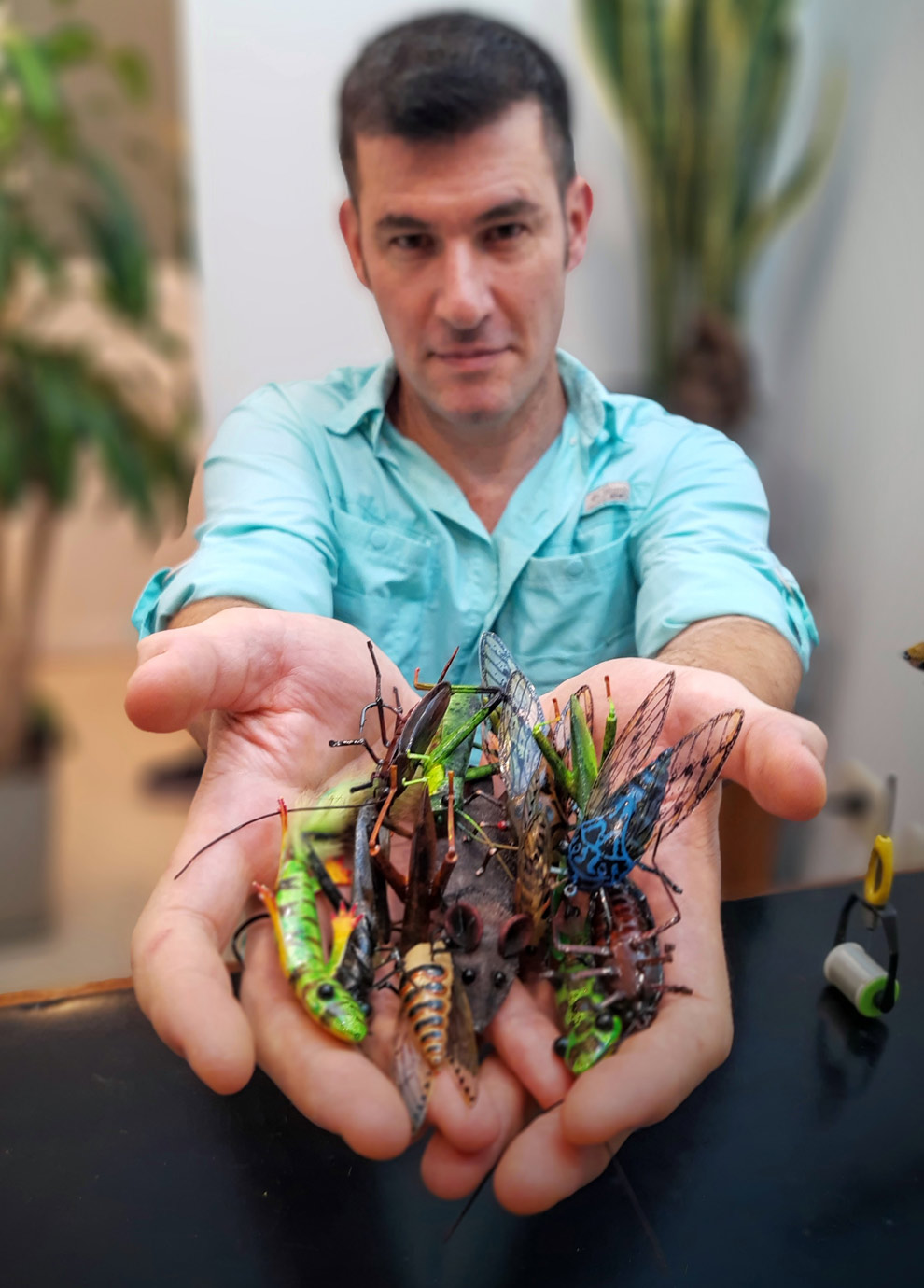 Hernán Tula is a lifelong fisherman and fly tier from Buenos Aires. Hernán has spent years honing his craft with tying effective and realistic flies to target many species including Golden Dorado, Wolf Fish, Peacock Bass, Tarpon and Permit. 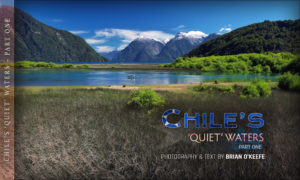 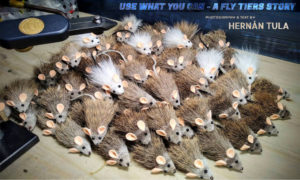 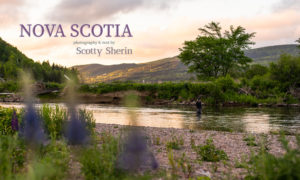 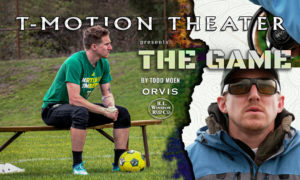